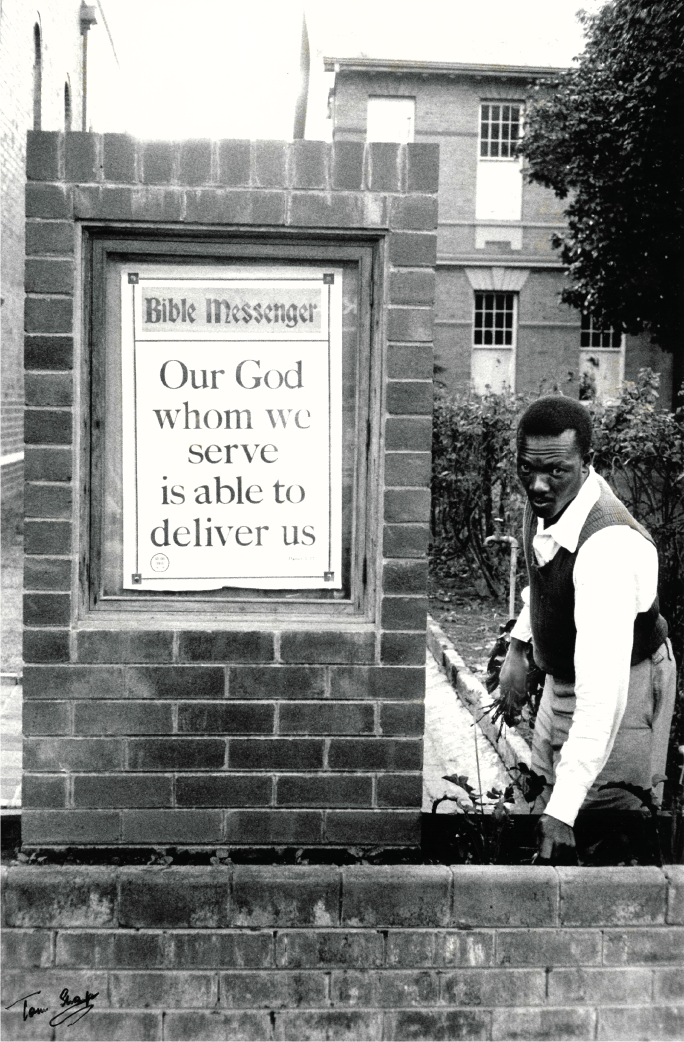 The famous writer devoted himself to photography after arriving in South Africa in 1951. Even though little is known about his photographic activity in this country, it was, in fact, quite significant. Sharpe set up his own photographic laboratory there in order to dedicate himself to professional photography. Apart from the usual orders, he also took photos of the difficult living conditions that the Black Population experienced during apartheid. Since he was a member of the Liberal Party and was politically involved in the fight against the regime, he got arrested and deported to England in 1961. This forced him to leave his works behind. This exhibition contains a collection of very few originals that survived. These images show us that Sharpe mostly took photos of people engaged in everyday tasks. We can also see that he took a particular interest in the most vulnerable individuals. It is a privileged, valuable and unique photographic testimony.