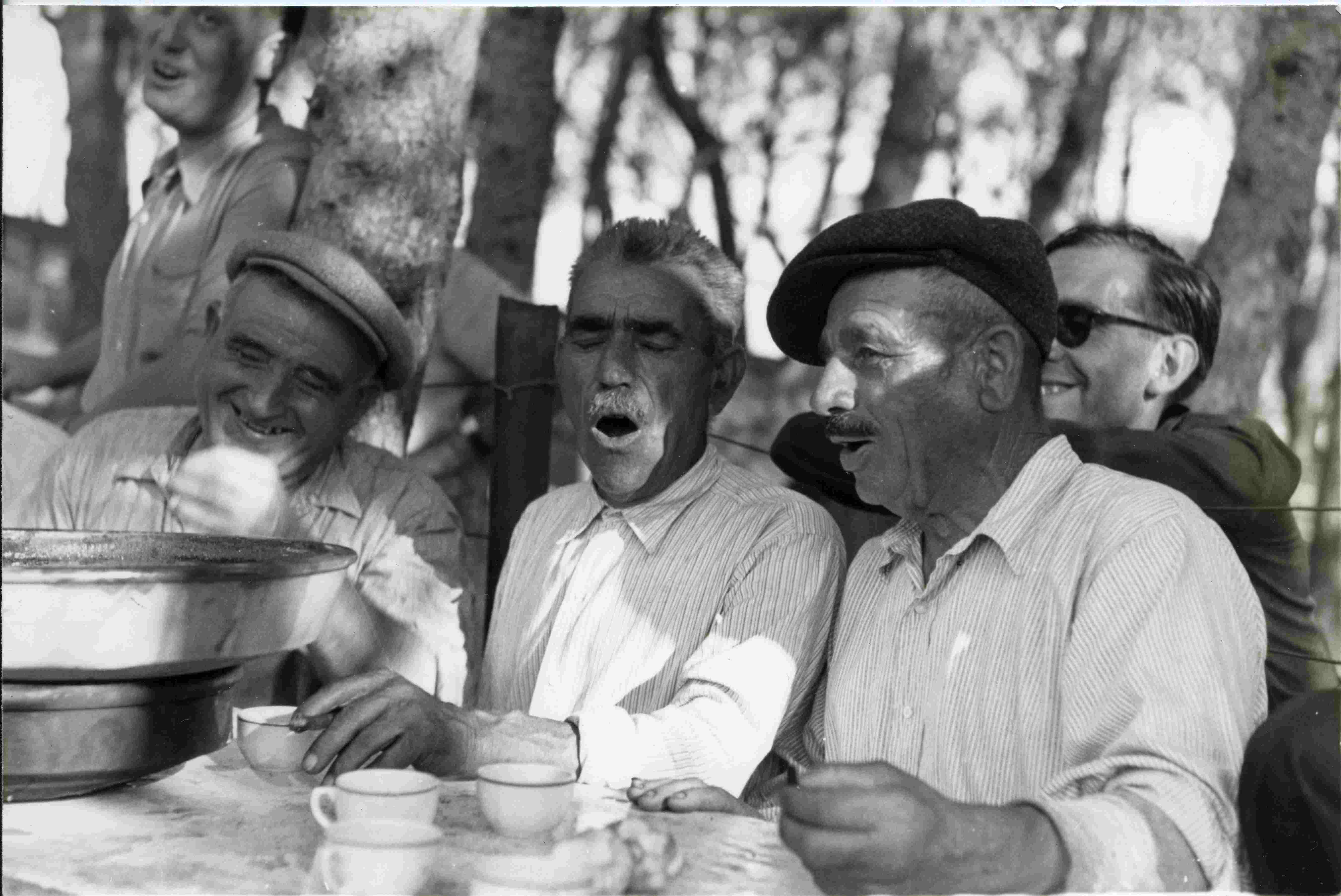 This exhibition contains a collection of historical images that show the relation between Palafrugell and its singers and the ‘havaneres’.
Using the 50th anniversary of ‘La Cantada de Calella’ as the point of reference, we have searched for images related to this tradition.

The selection comprises photos of the origins of this celebration, images depicting the eloquence of the singers while singing and drinking ‘cremat’* as well as photos of groups of friends, feasts, folk song gatherings, first bands, concerts and many more.

These photographs clearly illustrate the primary objective of the ‘cantada’– the generational effort to save the songs from oblivion.

These songs back then only lived in the memories and the voices of some of the Calella fishermen and were at risk of disappearing due to the arrival of tourism in the area.

Of course, in those days nobody could have imagined that the effort to make them last would transform them into a phenomenon that would have such evocative power and would draw the attention of so many.
*an alcoholic drink made of rum, coffee beans, sugar, lemon peel and cinnamon.